From afar all children are alike

Under the “I Care and Act” program, a meeting was arranged bringing together schoolchildren from the 6th Primary school of Aspropyrgos and their future classmates from the Skaramangas Refugee Accommodation Centre. The meeting proved that education, love and solidarity are indeed the best antidotes and provide the most concrete foundations for a brighter future for all involved.

Lava is from Syria. She is 4 years old, and one can see her running around, playing, smiling, hugging and embracing other children. Around her lie hundreds of “container-homes”, sitting on the hot cement surface, creating a new type of refugee settlement in the Skaramangas Refugee Accommodation Centre. In some of these containers, flowers can be seen blossoming in small flower-pots, the ‘tenants” tending to them as if they were a real treasure. For little Lava, Skaramangas constitutes her little paradise, in spite of the high perimeter fencing and the presence of surveillance cameras everywhere. For Lava, this well-being stems not from the infrastructure provided, but from the sense of security and the new emotions generated daily within the Centre. 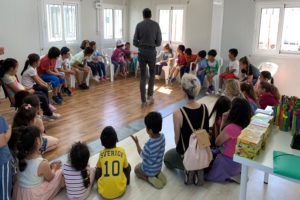 We have heard many stories about refugees, young and old. We have heard their voices but primarily their cries. What we have not heard, though, is advise, proposals, solutions, answers or ideas as to how refugees, and especially the new-comers, will be better integrated and become useful members of society.

Consequently, I am going to narrate a different story to you. A story whose primary purpose is not to tell us about exploitation, but rather about integration and acceptance. For the past 4 years, some people have been attempting to rewrite the story, to change everything, to get rid of stereotypes and prejudices. To achieve this they have been utilizing the strongest ‘weapon” that we have in our possession, love. They have been training young people, to learn how to accept and offer love to their fellow humans.

Solidarity and Volunteerism under the Program “I Care and Act”

Our story begins one morning, with the visit of the participants of the “I Care and Act” Program to the Skaramangas Refugee Accommodation Centre.  It should be noted that the “I Care and Act” program is run by the Non-Profit Foundation Desmos, in collaboration with the Lambrakis Foundation and under the auspices of the Ministry of Education. A school bus packed with Greek schoolchildren from the 6th Primary School of Aspropyrgos, parks at the entrance of the Skaramangas Refugee Accommodation Centre and the children prepare themselves to enter the premises.

The Head of the Centre explains to the schoolchildren the context: that the refugee children they are about to meet have gone through extremely terrifying experiences, and that now they are making their first steps towards recovery. He explains to them that today’s visit and the time they are going to spend together, helping them, playing with them, singing together, is and represents “solidarity” in its fullest. That the children they are about to meet may well be their classmates in the future.  They may differ in colour, race, religion, but above all, they are also children, just like them. He also explains that their involvement and participation in the common good, is what helps them evolve from simply being individuals to becoming active citizens, according to Aristoteles.

The children from the 6th Primary School of Aspropyrgos listen attentively. This may be the first time that the “refugee issue” and everything they have heard about it,  has become so relevant to them, acquiring a positive meaning.

The children show great interest, this is definitely the right time to begin the initiative.  Outside the kindergarten located within the Center – an annex of the 11th Kindergarten of Haidari – each one of the school childrent takes a refugee child by the hand, and leads them into the building.

The children smile at each other, sit down and tell each other their name. Whatever “ice” there was – if any-, has been broken and the first pairs of hands hold each other firmly.  The young children from the Centre begin to smile.

After the initial introduction, a children’s song from the mobile phone of Mr. Xagorakis, Director of the 6th Primary School of Aspropyrgos raises the spirits of all involved, whilst the song “I clap my hands with joy” induces waves of joy and laughter and makes those present, Greek and foreign, young and old, realize the positive impact of their actions.

One picture a thousand words

The language in which the song is written no longer matters. What is important is the fact that the young refugees from the Centre, along with their newly found friends from the 6th Primary School of Aspropyrgos, are singing in unison, dancing, jumping up and down, and laughing all together to the rhythm of the song. Only a few minutes after we entered the classroom, and began observing the children from a distance, as they played and danced together, it is difficult to tell which child is Greek and which one isn’t. It is not relevant anyway, to those present.

When the song came to an end, everyone sat down. Using the felt pens and sketch pads that the children from the 6th Primary School of Aspropyrgos offered with pride as gifts, the children started drawing together. On the pages of the sketch pads, we saw drawings of deep red hearts, blue seas, green fields, and hands clasped together. Pictures emanating from the souls of the children. Perhaps memories of what they have lost. Hope for the future, and their new country. Time will tell.

As for the children of the 6th Primary School of Aspropyrgos, the experience of giving, solidarity, and participation, was so positive that they promised to return and offer to their new friends and future classmates graffiti artwork for the areas where they reside and play, within the premises of the Skaramangas Refugee Accommodation Centre.

For us at Desmos, the success of the program “I Care and Act“, which for the 4th year continues to help educate children and aids them to foster and to adopt the values of solidarity and volunteerism, was evident for all to see, in the smiles of the children giving us hope for the future.

The older ones will have to …try a little bit harder to convince us!

Christos Daskalopoulos is journalist at TheTOC 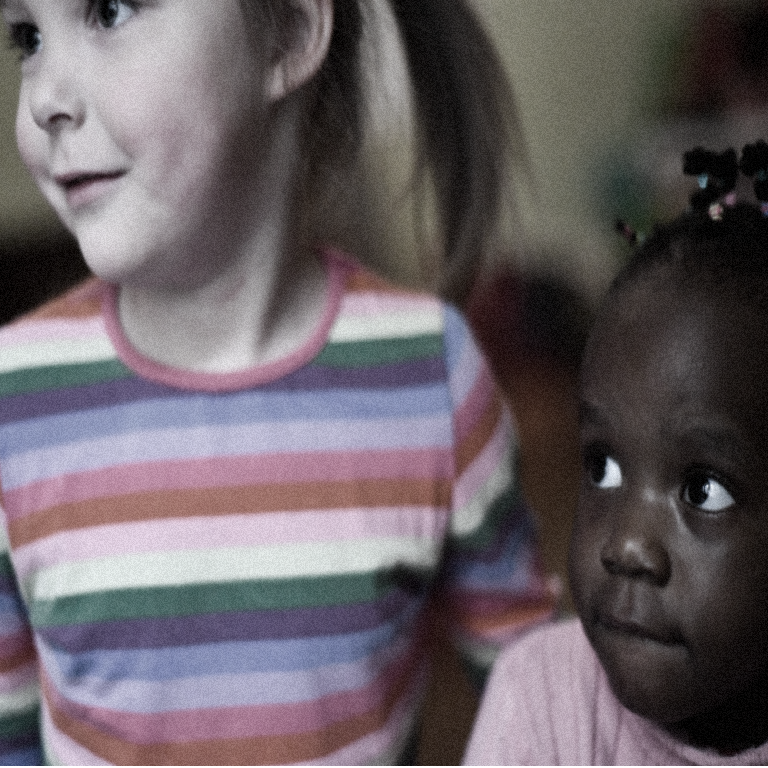 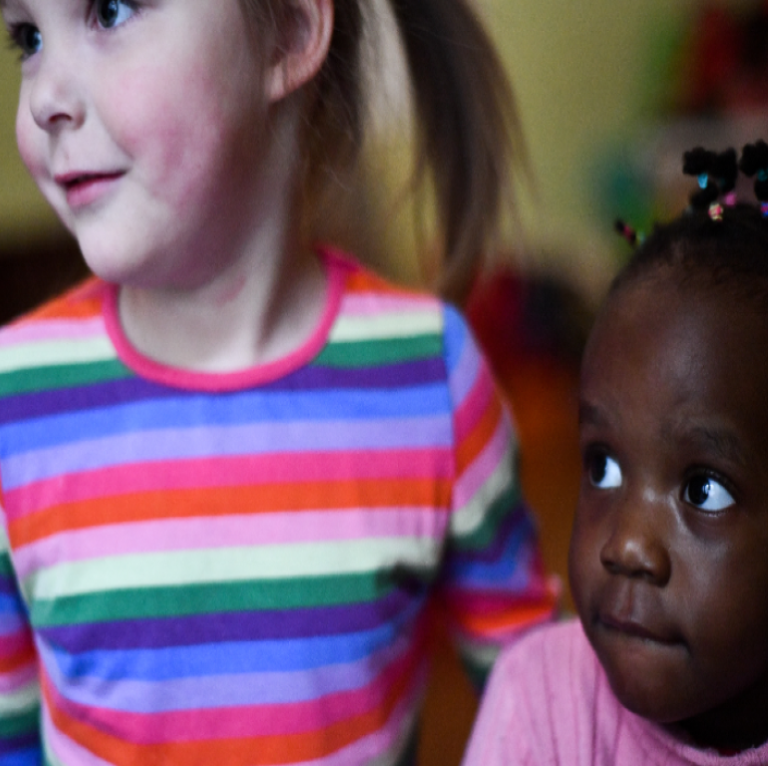 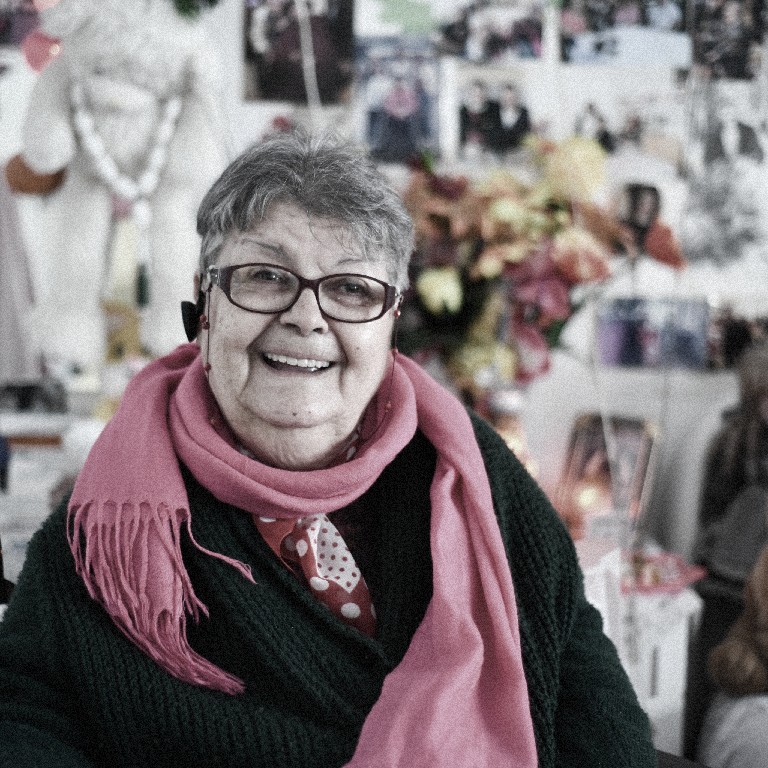 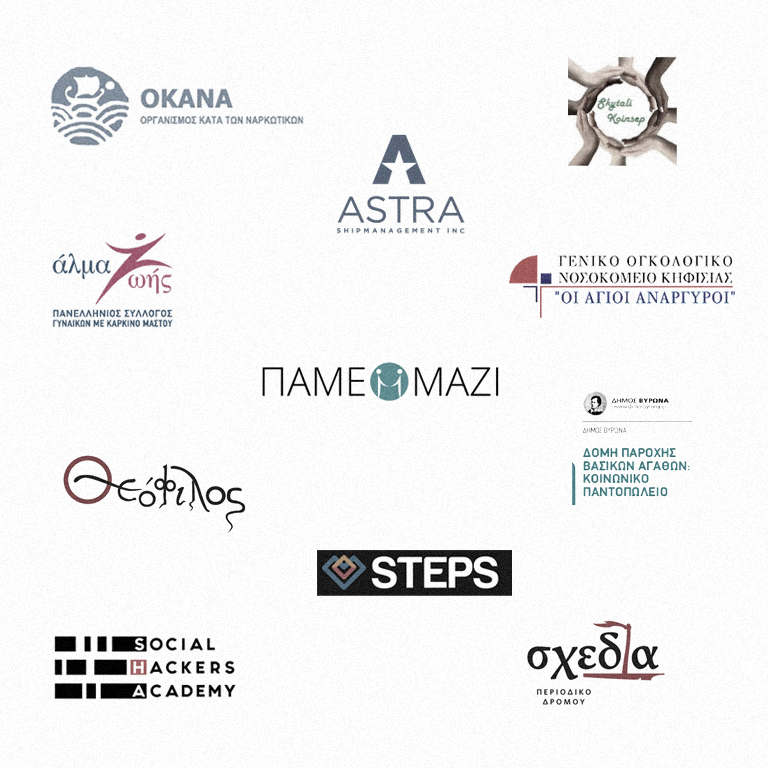 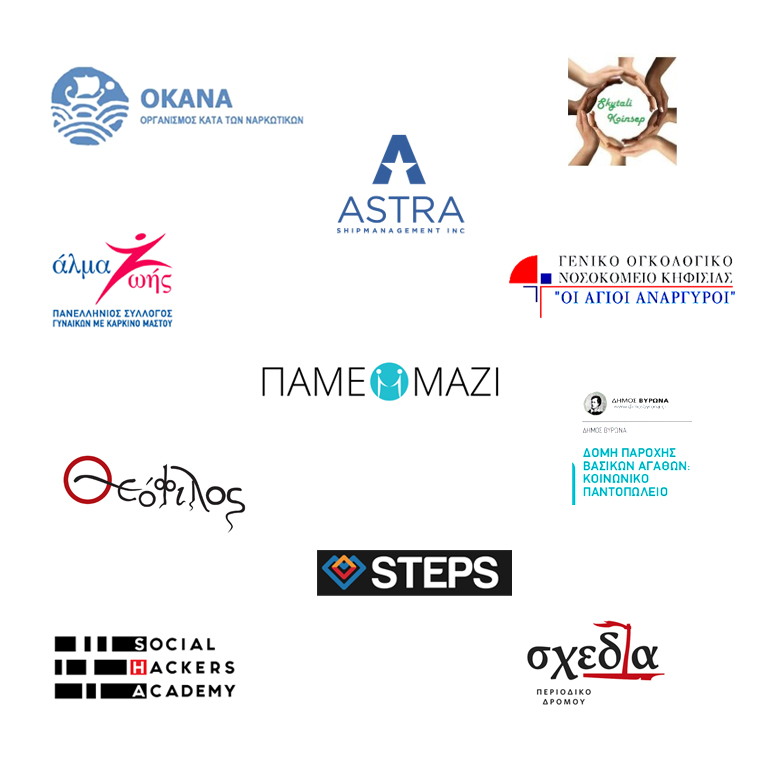